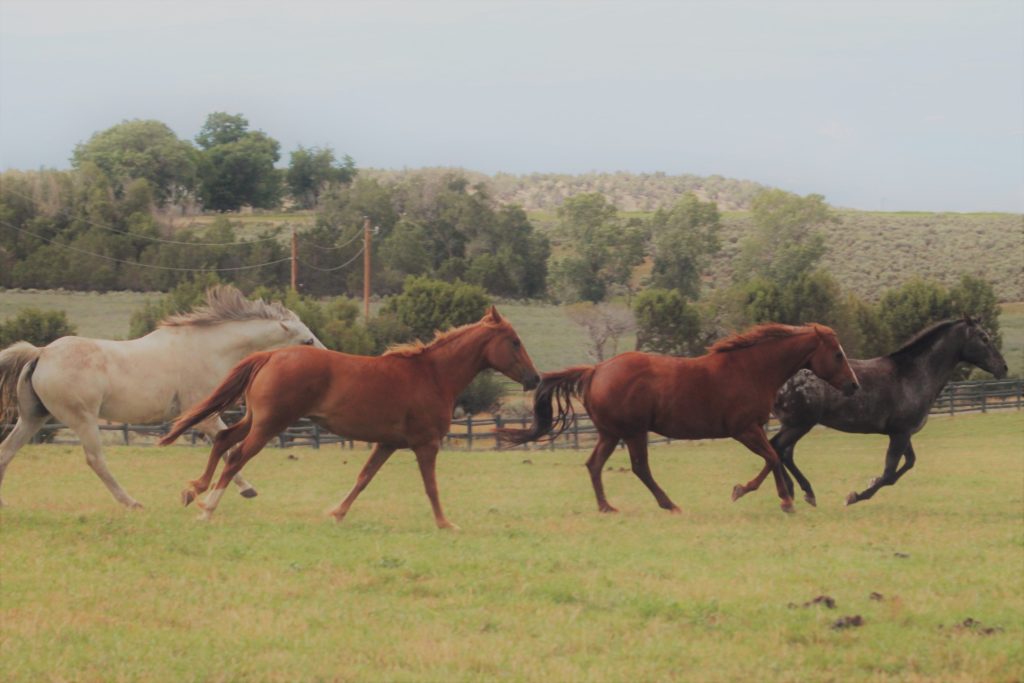 I Woke Them Up on Purpose,  Bomb-Proof is Bogus 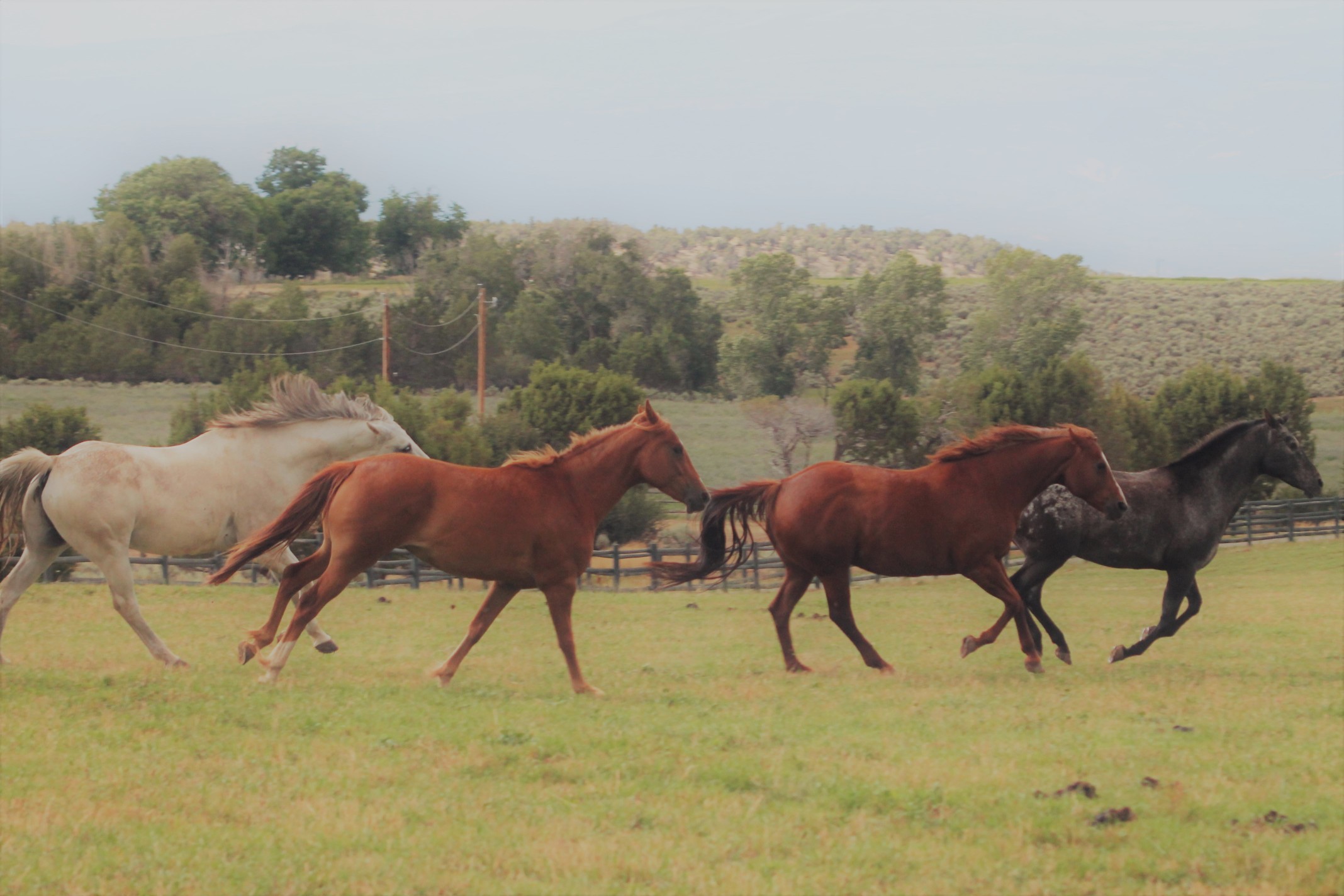 (This is written for the general public and I am happy to provide supportive documentation for those interested as well as answer questions.  I am simplifying complicated material to make it more palatable for folks who own horses or simply are interested in this story)

In Part 1, I introduced the idea that horses are actually safer for resort-type facilities and private owners when they are well-cared for in a holistic way.  This means that their needs are being met, i.e. excellent nutrition, allowed to be horses by living within a herd, their human caretakers have a consistent routine for their care, the facilities are safe, and most importantly, the horses are allowed space to be seen and heard without being pushed into hyper-vigilance.  When horses are allowed the opportunity to experience safety and predictability in care, they become safer because they are thinking and not simply reacting. If resort owners could learn about this innovative way of providing high quality horse experiences into their standard operating procedures, the likelihood of accident and injury would decline dramatically. If private horse owners and trainers could learn and understand the principles of connection, their horses would be healthier and perform better.  Hopefully, this will explain why.

The second resort/summer camp that hired me ended up being another opportunity to rehabilitate a herd of horses that had been neglected and mishandled for years.  I want to state that the owners of these facilities are not bad people and would not intentionally harm their animals. This owner sought help from an experienced professional after realizing that something was wrong. The horses had, on multiple occasions, bucked off guests, bolted and injured guests, bitten staff and guests, kicked out and injured campers and guests, and one had even been deemed “dangerous” and a veterinarian recommended she be euthanized.

From a business perspective, these horses are assets, and responsible business owners always want to protect their assets.  The problem is the owners of these resorts often do not know anything about horses. Therefore, they hire people who don’t know anything about caring for horses, perpetuating the cycle of misunderstanding. This misunderstanding leads to the animals being treated inhumanely,  and the horses exhibit signs of stress and behavior directly affecting the safety of the guests.

The horses at this facility initially exhibited the same behavior as the horses at the “Wellness” resort.  They were listless with dull coats, dead eyes, and no interest in their environment. There were three enclosures, and none of the horses were standing with each other. There was an older mare who was very thin, and several other horses that were underweight.

Again, the first step was replacing cheap feed with high quality nutrition.  The older thin horses were put on a high-quality senior feed and pelleted forage as it was February, and I was battling cold weather trying to get weight on these guys. Most of these horses were also in their late teens and twenties and suffered from arthritis and other body pain.   All were placed on supplements to build their immune systems; a veterinarian was called to examine them, give them vaccinations, float their teeth, and clean sheaths. They were wormed for parasites, the farrier was called, and the six months of growth was trimmed off. Each was evaluated for placement in the enclosures, so each could peacefully eat and not be bullied by another member of their herd. All of these steps were taken intentionally to set up safety and consistency to begin the process of asking these horses for willing cooperation and consent. My goal was to bring the horses out of their hyper-vigilant state and get them to a place where they could safely be engaged in the present and not shut down or “check out”.  Until then, nothing I did would create lasting change.

After a few weeks, I started to see light returning to several of the horse’s eyes.  The lead gelding, a 29-year-old mustang, was the first to wake up. He would greet me as I parked the car and follow me around as I walked through his paddock inspecting the horses.  I did not force an agenda on any of the horses, allowing them to approach me when they were ready and stand with me within a distance they chose. The “dangerous” mare, who by the way turned out to be incredibly sensitive and kind, was still very leery of the two-legged stranger but never took her eyes off of me.

I was filled with hope as each of the horses started recognizing me, allowing my presence in their enclosures, and starting to form a herd again on their terms. I noticed that some of the horses exhibited signs of fear at my presence, which led me to investigate. I was horrified to find bits backwards on the bridles, ill-fitting, broken synthetic saddles, saddle pads stiff with sweat, and evidence the horses had been mishandled by a “trainer”.  Whereas the “Wellness” resort had neglected their horses, these horses had also experienced trauma and pain at the hands of humans. Here too, a story of a horse being beaten in front of guests, after it bolted back to the barn when a shotgun went off while on a trail ride. Given my training in trauma informed care with humans and my experience with rescuing horses, I knew that it was my job to layer on good experiences with humans and regain their trust in order to rebuild and repair the relationships.

I want to talk about this idea of hyper-vigilance and the brain stem, as this information can also apply to humans who have been affected by a traumatic event or series of events.  Horses are prey animals, meaning their brains are wired differently than that of a predator, like ours. This does not mean they are stupid, or weak, or unable to lead and powerfully exist on this planet.  What it does mean, put simply, is that they are born hard-wired to seek out healthy relationships because within a herd, there is safety from predators that want to eat them.

When a horse does not actively seek out connection, then it is most likely due to that horse “checking out” or being in a dissociative state.  Humans do this as well. Have you ever driven home, only to realize you couldn’t remember the drive home? That is disassociation, or checking out.  It is our brain’s response to being overstimulated or “flooded” and unable to process all of the information, which is the “freeze” part of fight/flight/freeze.  Our brains mercifully are wired to shut down just as we are about to get eaten by the saber-toothed tiger. It is a survival mechanism.

Many horses are forced into this “freeze” response. Because of their nature, can stay in that state for years if there is no intentional intervention to wake them up.  This is neuroscience, but it is relatively simple to understand given basic understanding of the nervous system and the brain. Basically, our bodies have within them many ways to keep us safe, and horses are the same way.  Our skin, gut, heart, senses, and brain all make up our nervous system. The nervous system exists in two states: para-sympathetic and sympathetic. The para-sympathetic state allows for rest and digest, while the sympathetic state exists to enable a fight/flight/freeze response.

When a life-threatening event is perceived by the brain, the body instantly reacts (less than a split second) and starts pumping adrenaline and cortisol into the body to prepare it to run/get away.  When a horse is handled in such a way that there is no escape, for example being chased around a round pen by a predator (human), then the adrenaline and cortisol start to flow and their thinking brain, or neo-cortex, shuts down.  The human has activated the sympathetic nervous system, or the fight/flight response. Literally, they cannot think when in this state. Just like the screaming 2-year-old flailing about on the floor at the grocery store, you can’t reason with them or teach them anything in this state.  Research indicates that it can take up to one hour for the adrenaline to leave the bloodstream.

After triggering this fight/flight/freeze response, oftentimes a horse will freeze in order to cope with the pressure.  They rarely can “flight”, as they are tied up or in an enclosed space, and their nature is not to fight. So they freeze.  This is oftentimes misinterpreted as compliance or willingness to “join up”. Some have now added a fourth response, “fawning”, which is anything to make the pressure go away.  If the human handling the horse does not recognize this state, then they begin “training” the horse in this frozen or shut down state.

There are multiple stories of these “bomb-proof” horses being purchased who actually have just been disassociated for years.  Once their environment changes and they are able to get away from the predator or the constant anxiety, their nervous systems often are able to get back into a para-sympathetic state and they regain their senses, taking on a different personality. This isn’t a bad thing, but when they are taught everything they know in this frozen or disassociated state, then sometimes they must be allowed time to shake off the negative experiences and allowed the opportunity to build new ones. This takes knowledge, patience, and careful attention to the horse.

I personally believe just about every horse can be brought back from “bad” behaviors such as bolting, bucking, rearing, kicking, and biting.  This is not the nature of horses. When the constant threat and sensory overload is removed, a desire to reconnect in a healthy way will reappear.  These horses have been pushed so far, or “flooded”, that freeze no longer worked to keep them safe, so they had to resort to the “fight” response. With no release of this life-threatening pressure, no escape or offering compliance has worked, their only choice is fighting.

Now pause, and think about how this can relate to humans who have been forced into a hypervigilant space…those in the military, first responders, victims of abuse, those with a devastating medical diagnosis, or those who have lost a child or parent for example.  Research shows that given safety and healthy relationships in a predictable environment, the brain will heal and regain its ability to regulate and engage in what is happening now. A waking up, if you will. Most require professional assistance, as trauma only gets worse over time, but teaching the brain it doesn’t have to be on high alert every moment of every day is possible.  Dr. Bruce Perry wrote a wonderful book titled “The Boy Who Was Raised as a Dog ” that explains how abuse and trauma affect the brain, and that consistent love in a safe environment can create new nuero-pathways for healthier relationships.

And it is possible with horses as well.  I Woke Them Up on Purpose.  Part 3 coming soon.